The Global Voices Citizen Media Summit will take place at:

The conference venue is situated in the middle of the city, within easy reach of public transportation.

We have secured a special discounted rate for summit participants at the Novotel Budapest Centrum, subject to availability. To take advantage of this special rate please contact Rita Galambos at h3560-sb2 at accor.com. 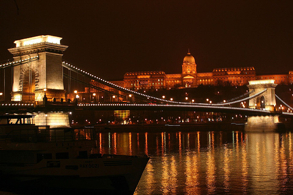 Budapest is the capital city of Hungary and the country's principal political, cultural, commercial, industrial and transportation centre. Budapest became a single city occupying both banks of the river Danube (Hungarians call it the Duna river) with the amalgamation on 17 November 1873 of right-bank (west) Buda (Ofen in German) and Ã“buda (Old Buda or Alt-Ofen) together with Pest on the left (east) bank.

Widely regarded as one of the most beautiful cities in the world,, Budapest is considered an important Central European hub for business, culture and tourism. Its World Heritage Sites include the banks of the Danube, the Buda Castle Quarter, AndrÃ¡ssy Avenue and the Millennium Underground railway, the first on the European continent. Budapest attracts over 20 million visitors a year, making it one of the top destinations in Europe. The city ranks 74th on Mercer Consulting's ‘World's Top 100 Most Livable Cities’. (Source: Wikipedia)

Budapest at a glance 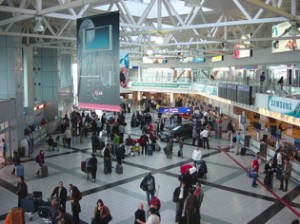 Budapest's Ferihegy International Airport, located 16 kilometres (10 miles) east-southeast of the centre of the city, is well served by airlines from various parts of the world. The city is also well connected to the rest of Europe by rail service.

Lonely Planet Guide to travelling in and around Budapest